Wednesday, August 13 – Flight to Vienna and Our First Steps

On Wednesday, August 13 we took taxi to airport (about $53) and we are on the plane to Delta hub – Atlanta (3 hour flight).  Then, we flew from Atlanta over Boston, over Canada, over Greenland, through Iceland to continental Europe and to Vienna (9 hour flight).  By 10 in the morning on Thursday, August 14 we are in Vienna Airport.

Lira discovered that there are two train options to go from the airport to the city.  We took a slower version for 3.40€.  There is also a 16 minute direct CAT train for 9€.  Here we discovered that we forgot German dictionary while waiting in Atlanta airport.  Later I will file a Lost and Found claim and try to recover the loss.

I had some 300€ with me from our previous trip.  So we did not have to go to ATM right away.  In Vienna, even before emerging from underground, we bought a brand new German-English and English-German dictionary for 10.30€.

Now loaded with our small luggage on the wheels (we did not check-in anything – bags were small enough to fit into overhead compartments) we headed forward trying to understand, where exactly we are and where we should go now.

The only guide that I took with us was Vienna guide.  So we headed toward Vienna center zigzagging our way through not very busy streets.

We check out prices in one expensive-looking hotel right in the middle of downtown.  They gave us 140€ price on a 180€ room.

Once in a Tourist Center, we got a brochure with list of hotels and bought a Vienna A to Z Guide (3.60€).  As we learned from travel video, all landmarks in Vienna have a number assigned to them, and you can read about these numbers in A to Z Guide.

We looked at the map and found an interesting area, where several moderately-price hotels were located near each other.  By my estimates it was about 20 minutes away by foot.

We stumbled upon Pension Mozart.  Ancient elevator took us to the second floor, where Russian-speaking babushka said that they have a spare room not for this night, but for next two nights.  When actual hostess Galina arrived we strike a deal for 75€ x 2 = 150€ for two nights for cash.  Meanwhile she send us in a nearby hotel Terminus (about 100 miters away), where we choose a room for 65€.

Galina wrote a list of interesting or tasteful restaurants in her opinion, and we armed with new knowledge started our conquest with Siebenstern-Bräu (7 Star Brewery).  According to her instructions, we arrived at the pub and we went all the way inside to discover their inner yard.  Here we had lunch for 14€.  Salad and wine for Lira, Schnitzel and beer for me. 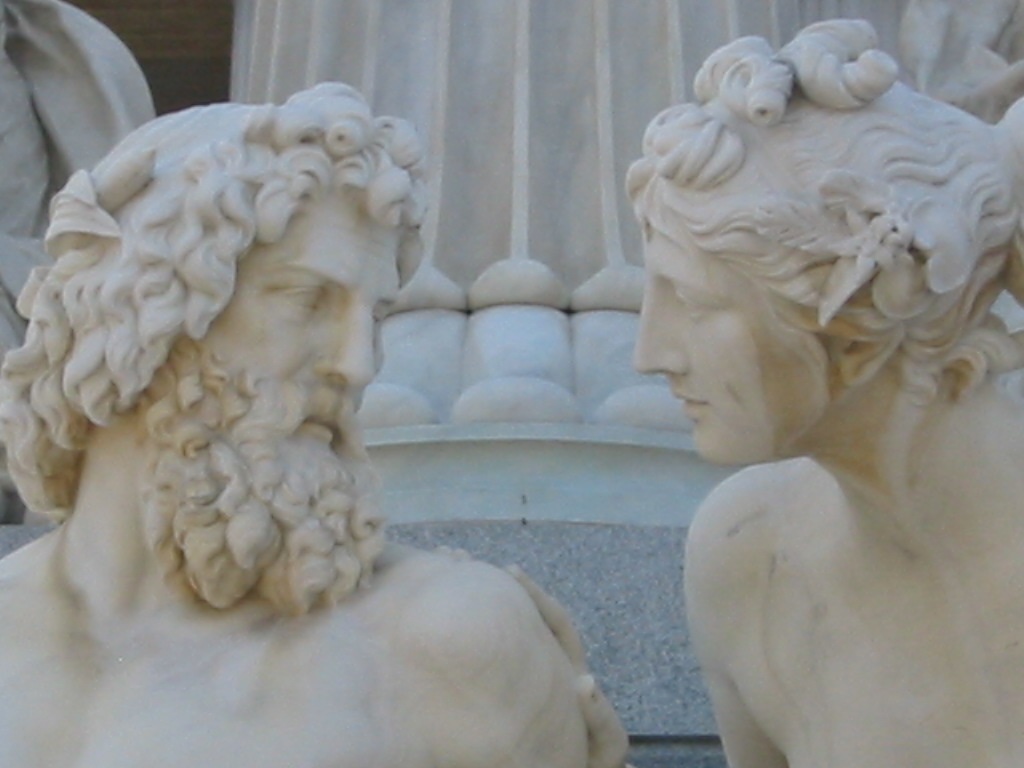 Things started to look up.  We had a place to stay and we liked the city around.

Side Notes: Every time we saw windows in a building wide open (very often) we would note that Vienna doesn’t believe in the power of air conditioning.

That day we gave a very preliminary review to the downtown Vienna and even had time to visit Danube.  Here this longest European river is small and water has a sandy color. It doesn’t play important role in the city town line. But what we saw was not Donau.  It was just a very small side canals.